“What do I want to be when I grow up?” is a question Luisa never asked herself.

To her, it has always been clear: She wanted to write and nothing else.

What fascinates Luisa the most are characters. She is particularly interested in people and relationships, which she observes closely and writes about with great authenticity. It is most important to her to write characters which viewers recognize themselves in.

Since 2017, Luisa is studying Screenwriting at the University of Television and Film in Munich. She is expected to graduate in February 2022. During her studies, she wrote several short films, TV show treatments and feature length screenplays. She gained first experience as a director, published several short stories in literature magazines and took part in the Women Writing Lab by Robin Swicord. Thanks to her education, Luisa is very good at plotting, narrative structure and writing in a broad variety of genres. Alongside her studies, Luisa was a working student at the German publishing house C.H.Beck and the film distributor Universum Film. She is currently providing assistance to refugee women in an honorary capacity.

Luisa writes about and for her generation. Born in 1999, right between Millennials and Gen Z, she was practically raised by the Internet. How do you make life decisions in a world of endless possibilities? What kind of woman do you want to become when there are so many ways to be one? Luisa writes about all these things with zest, wit and authenticity. Just like her characters, she is a young person on a journey of discovery. 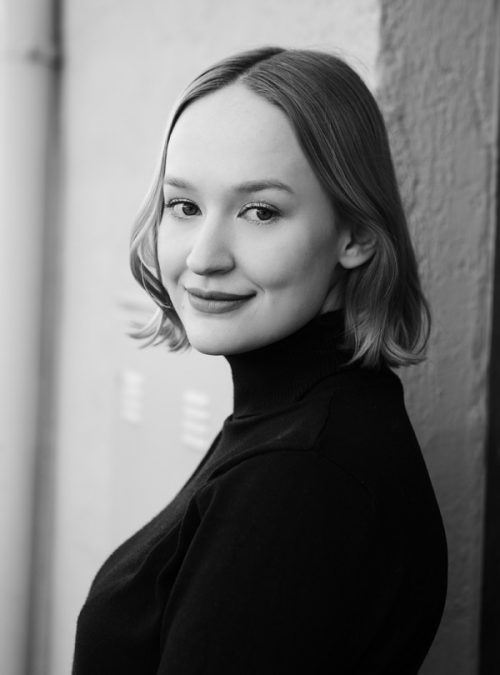 AN DER WAND (ON THE WALL): Filmfestival Max Ophüls Preis 2022