„What if?“ is the most exciting question I know. The answer leads to different worlds, exciting characters and unique perspectives. I try to put a character that I know into a new context and in doing so, create new memorizable high concept genre and comedy stories.

Since I am 15 I enjoy writing and watching movies, which is why right after finishing High School in 2014, I applied fo the screenwriting course at the renowned HFF Film School in Munich.

From the beginning I wanted to write for broad audiences and was thrilled to see the possibility of reaching viewers worldwide, thanks to the new up and coming platform Netflix, which soon would be followed by all these other great new streamers.

While studying, I met producers of the German Industry and pitched to everyone who didn’t turn away from me. Soon I signed my first deals with Munich production firms like Bavaria Film, Wiedemann & Berg and other thrilling companies, who created groundbreaking TV Shows like DARK at the same time. I needed representation and met my great soon-to-be agent Rita Serra-Roll in 2018.

I became more and more excited about the American way of storytelling, which is why in 2019 I applied for a one-year-screenwriting-program at the NYFA Film School in LA and thanks to a scholarship of the DAAD, I was able to make a dream come true: To spend some time at the heart of the movie industry and improve my own writing skills.

A worldwide plague gave a sudden halt to my stay in Los Angeles and I returned to Germany to finish HFF Film school. During the pandemic I managed to land new deals with Ratpack, Constantin Film and others, while also participating in a writer’s room for the German TV Show called „Frau Jordan“.

Living in Munich, I mostly write Horror/Thriller and comedy stories. Two sides of a coin that often only use a different angle on tragedy and create the two feelings unmatched by an other art form: Loud laughter and goosebumps of fear! 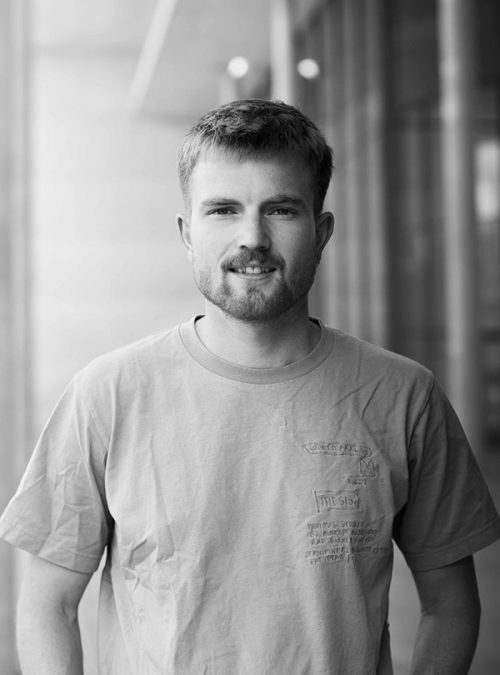