Judith Hoersch was born in Cologne in ’81 and had a childhood that was partly idyllic and partly turbulent. When things got too much for her, she created new worlds on paper. As the daughter of a journalist,  writing was the order of the day, and early on stories were drafted together and the young Hoersch was trained in their didacticism. At seven, she wrote her first short story, in which everything was better than in reality. And she was sure: it would become a bestseller. Influenced by the artistic-musical high school, she began working as an actress while still in high school. Years of apprenticeship and wandering followed: acting studies, numerous engagements in cinema and television, on stage, or at the microphone. Then with her backpack, and always with at least three different notebooks in her luggage, around the world.

With stubborn cheerfulness, she sits at her desk – even before long shooting days – and works on her current material. Those who get to know her, call her a ‘jack-of-all-trades’ or a doer, a contradiction on two legs, straightforward, cheerful in nature, yet tender to the core.

That she is a writing-actress or an actress-writer, she finds no contradiction, but an enrichment. She writes to gather herself. She writes to get a little closer to herself. Her passion is to understand and reassemble the world. Writing takes a central role in her life.

Her stories and love are especially for the supposed failures, the forgotten, the heroes of everyday life, and marginal figures. Those who are not in the limelight, the quiet and tragic figures, and all those who experience fabulous things. Whether in screenplays or fiction, the focus is primarily on women. In tragic-comedy especially at home.

Judith Hoersch is the mother of a daughter, lives in Berlin, and her novel ‘Juno und die Reise zu den Wundern’ was published by Randomhouse in fall 2020. 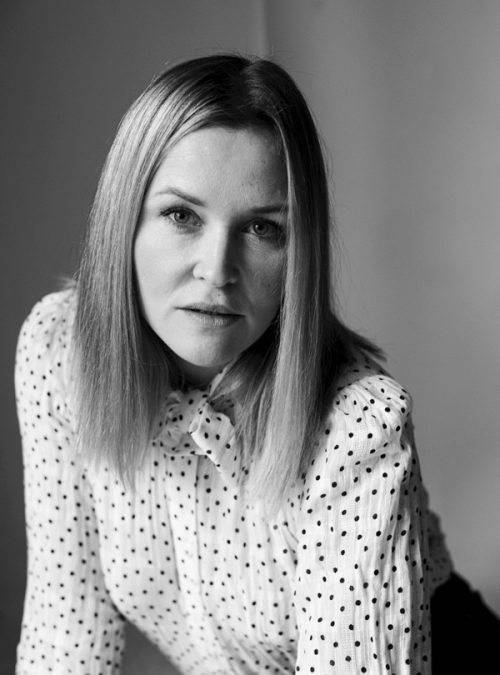 TODAY IS MY DAY
Prädikat “Wertvoll”